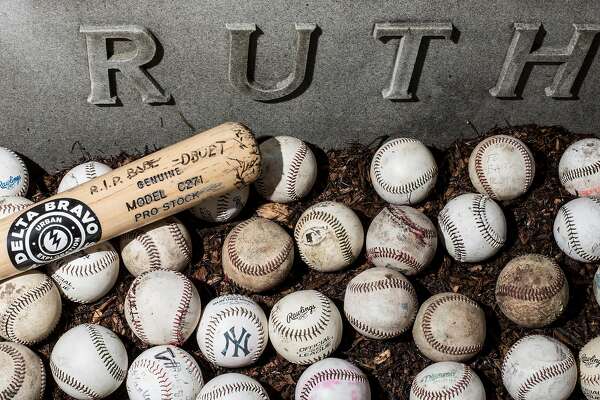 
I assumed that the league minimum was zero, just for ease of calculations.

Since there were, on average, 5. At a debut age of 23, the old and new system effectively line up. We see that overall, players who debut early lose out to the tune of However, they are losing out compared to what they have now. We see that teams would have to pay a little more for the performances of later debutantes, to the tune of Overall, the players take a bit of a hit giving up more than they get, although to keep the sides in balance, they might ask for a fourth arbitration year to be put at age Assuming that it pays out about 20 percent of what a player would get in free agency, that would about even out the ledger.

We can at least create a world where the owners and players walk away with roughly the same amount of money. Or can we? Will teams simply start shifting away from older players?

Teams are already looking for younger players. With the universe of potential players expanding thanks to the global outreach of the game, there are now simply more humans capable of doing the things that get one placed on a major-league roster. In the analyses above, we assumed that teams would continue to search for players in the same ways they had in the past. But their incentives would change, and we have to assume that their behavior would, too. And if the reach of the game keeps expanding, then there will be more year-olds available to take his place.

Then again, that might keep happening under the current system anyway. However, if we wanted to get rid of service-time manipulation, it would be as simple as setting a free agency age after your age season , and expanding arbitration by one year age through age It would make the game a little better and probably a little younger.

There would be winners and losers, but players and owners as a whole would come out about equal in the deal. So, next time you guys are all sitting down to talk about the upcoming CBA, keep this idea in mind. It could work. This is a free article. If you enjoyed it, consider subscribing to Baseball Prospectus. Subscriptions support ongoing public baseball research and analysis in an increasingly proprietary environment.

Chicago Tribune - We are currently unavailable in your region

Kerry Brashears. Kudos to you for putting this out there for discussion. Many writers and commentors decry the problem of service time manipulation without suggesting an alternative. Boras and brethern would have a fit. I suppose it would ultimately be up to the MLPA. I guess my overall thought is that the current situation where the debutants are having their service time manipulated may be as good as or better than this proposal.

Thanks again for advancing the discourse here. Reply to Kerry. The idea of an age based system seems like the only solution to the service time dilemma. That has to be a given. I find the fact that the Orioles and Nationals are losing Machado and Harper before they enter their prime as totally unfair to the team that did the groundwork to develop them.

My idea was more of a sliding scale in which Juan Soto or Ronald Acuna, 20 and under, would be eligible at age 28, at age 29 and all others at age Jacob deGrom, came up at 25, fits this situation as well, but nobody ever thought his service time was being manipulated because there wasn't a person in baseball who thought he would ever be what he is. This way a team that finds that great player later in his career is rewarded for that with at least a few years of control.

In truth, all I, and all baseball fans, really care about is that very prickly subject is resolved without another work stoppage. Reply to oldbopper. The heart of this is again the big market vs.

Small market teams want to control their very good young players as long as possible because they fear the money potentially that can be offered by the Yankees, Red Sox, Dodgers, etc. Giving teams control through age 28, seems like a good start. Reply to mark. Byron Hauck. I worry about pinning so much on an absolute age limit. For one, as you observe, teams aren't as willing to pay for older players as they used to be. Last decade's "Wow, that deal is going to hurt when the player is 37 and 38" might become "Wow, I can't believe he got that much for 31 and 32!

I wish I had your ability to model different systems, but I'd like to see something like either age 28 or 9 years from signing a professional contract, whichever is first, with up to 3 seasons of minimum salary before arbitration, however many years of arb that gives them. But I think the MLB proposal misses the real problem.


The Yankee bullpen is a prime example. In fact, the whole problem is that OMGs are a renewable resource, with no real constraints on supply. Teams can take failed starters with two decent pitches and, after some weeding out, turn them into OMGs who will strike out 25 or 30 percent of the batters they face, provided they only have to throw one inning every second or third day. It also yields rosters that are grossly imbalanced relative to the amount of value that these relievers generate.

According to FanGraphs, relief pitchers accounted for only about 9 percent of the value in wins above replacement that all position players and pitchers created last year. And yet, they occupy about 25 percent of roster slots.

And to a larger degree than you probably realize, these OMGs bear responsibility for the ever-increasing rate of strikeouts in baseball — something that was easier to shrug off until MLB attendance started to decline. Strikeouts have been increasing for more or less the entirety of baseball history. Over this period, the correlation between the year and the strikeout rate is 0. One other baseball trend has been equally if not more relentless, however: As time has passed, teams have relied more and more on their bullpens. As a result, both starting pitchers and relievers have seen increasingly shorter stints.

Thus, the number of pitchers per team per game has steadily increased, from 1. The correlation is stronger still if you look at the number of pitchers used relative to the number of plate appearances in a typical game. That looks a lot like the previous graph showing the strikeout rate — the correlation is 0. When you take a starter and use him in relief — especially in a short stint that typically lasts only an inning or so — his strikeout rate will be usually be higher, and sometimes a lot higher.

You can also expect him to throw harder and to use a more dangerous repertoire consisting of more fastballs and sliders. Using data from FanGraphs , I looked at all pitchers who worked both as starters and relievers between and , providing for a direct, head-to-head comparison of how the pitchers performed in each role.

They also threw about a mile per hour harder in relief.